The Synagogue was built in the period of 1879-81. It was designed by John McLeod of Dumbarton, in conjunction with London based architect Nathan Solomon Joseph of the United Synagogue. McLeod designed a number of churches and public buildings in Glasgow and the west of Scotland, including the Women’s Christian Association in Bath Street, Glasgow.

The first Jewish community in Glasgow can be traced back to c1821. By the 1870s, the community numbered around 1,000 and looked to build a permanent synagogue for the first time in Scotland as the converted synagogue in George Street (opened 1858) was full. This decision to build the synagogue was decided by the Special General Meeting in October 1875 and the site at the corner of Garnet Street and Hill Street was decided by a majority of votes as the location for the new Synagogue. It was believed that this location was popular because many of the Jewish community were moving to the West of the city, especially many of the leading figures of the community. 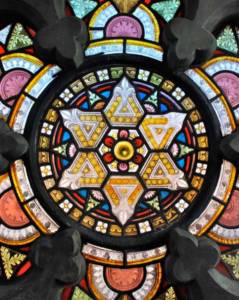 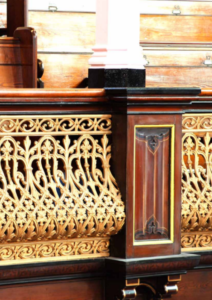 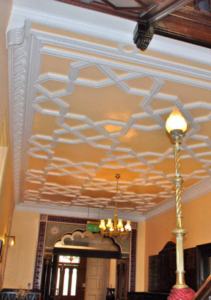 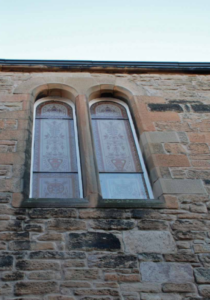 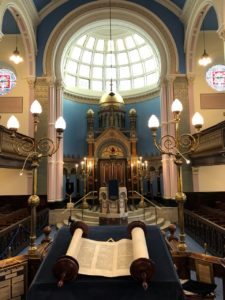 Archive records show that money began coming in through donations to help fund the building of the Synagogue on 24th November 1875. The foundation stone was set by Benjamin Simons two years later in March. Benjamin Simon was one of the trustees. The finished synagogue was officially opened on 9th September 1879 with Rabbi Hermann Adler consecrating the opening. The first service was also held on this date.

Garnethill Synagogue has been described as the finest example of high Victorian synagogue architecture north of Liverpool. It is also included within the top ten of historic Synagogues in the UK by Jewish Heritage UK. It also features as a Glasgow City Council listed heritage building, described as the ‘Mother Synagogue of Glasgow'. In 1995, Garnethill Synagogue was granted a Heritage Lottery Grant of £59,150 towards repairs of the building, reflecting its architectural importance in Scotland.